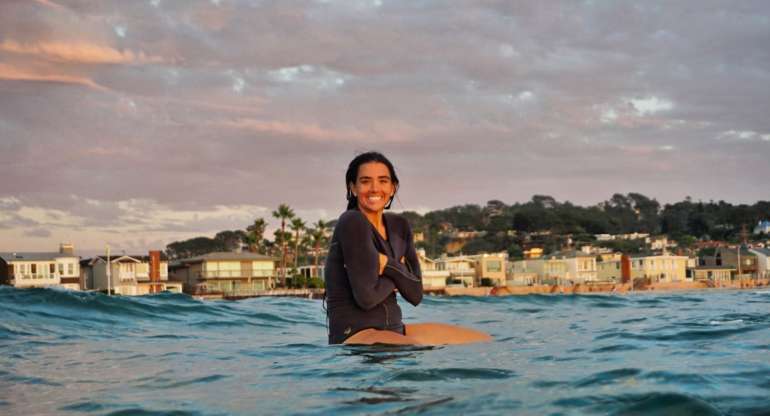 Won five times during pairs competition in her first competitive action, helping Cal Poly to its most successful single season campaign in program history and a berth in the semifinals of the Big West Conference Beach Volleyball Tournament in Huntington Beach, Calif. … combined with junior Anna Gorman on three pairs wins, including two from the third position … competed primarily from both the third and fourth spots … collected her first collegiate victory paired with Gorman during a 21-12, 21-13 triumph over LMU’s Nicky Kevorken and Kristen Castellanos on March 4 … assisted Cal Poly to a 3-2 win over San Jose State on March 11, picking up her second victory with Gorman from the No. 3 spot … was used primarily in the first position during the tournament, alongside sophomore Casey Carroll, as Cal Poly won three times overall … helped the Mustangs to a program record 11 wins during the season, which included five winning streaks of two matches or more.

Personal
Grew up in Encinitas, Calif. and graduate of Santa Fe Christian High School … daughter of Elaine and Drew Martin … both of her parents played basketball at Cornell University … has an older brother, Brodie, who also attends Cal Poly … also has a younger sister, Hannah … competed for San Diego Beach Vollebyall Club during her time in San Diego … has been playing beach volleyball for four years.